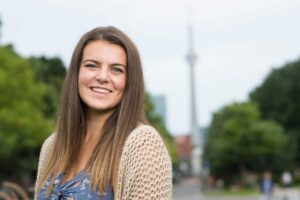 Claire Del Fatti
Claire is entering her third year of Chemical Engineering at the University of Toronto. In summer 2018, she joined SOCAAR as a research assistant to work on the oxidative potential project. Indoor wood burning, as a supplementary or primary source of heating, is known to release particles that can induce oxidative stress in the lungs and leave them susceptible to disease. Claire was tasked with determining the oxidative potential of PM2.5 (particulate matter less than 2.5 microns in diameter) collected in wood burning homes in British Columbia. She completed two assays for each sample in which synthetic respiratory tract lining fluid was exposed to the collected PM. The depletion of two antioxidants, ascorbic acid and glutathione, were observed using a spectrophotometer and later used to calculate the oxidative potential of each sample. Comparisons were made between the wood burning homes and Toronto’s ambient air to draw conclusions regarding wood smoke toxicity. This work will help in understanding the lung health risks associated with residential wood burning.

Zi Yi (Amy) Li
Amy joined SOCAAR in the summer of 2018 after completing her third year in Chemical Engineering. She worked on analyzing the oxidative potential of filters collected in wood-burning homes in Vancouver, BC. The research involved exposing respiratory tract lining fluid to the re-suspended particulate matter (PM) and determining the depletion of antioxidants. The oxidative potential is believed to be a more health-relevant measure of PM toxicity. Amy also worked on analyzing the effect of on-road diesel, off-road diesel, and construction on the emission of atmospheric black carbon. The study used black carbon data collected at Highway 401 and Wallberg Building to provide a 2-year comparison that illustrates the increase of emission due to diesel vehicles and construction. 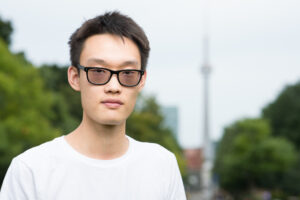 Andy Linzi Zhou
Andy is in his third year of Engineering Science at University of Toronto. He joined SOCAAR in Summer 2018 to work on the AirSence project. Andy’s research project focused on the use of low cost sensors for ambient ozone detection. Statistical models such as linear and polynomial regression were applied to raw data obtained by AirSence devices to measure ozone. The models are evaluated for their accuracy, compared to reference values obtained from the Ministry of Environment (MOE). Additionally, extensive investigation of the MQ131 sensor was performed to evaluate its feasibility for detecting ozone. Andy’s work can be adapted to implement the low cost sensors as accurate, practical instruments for ozone detection.