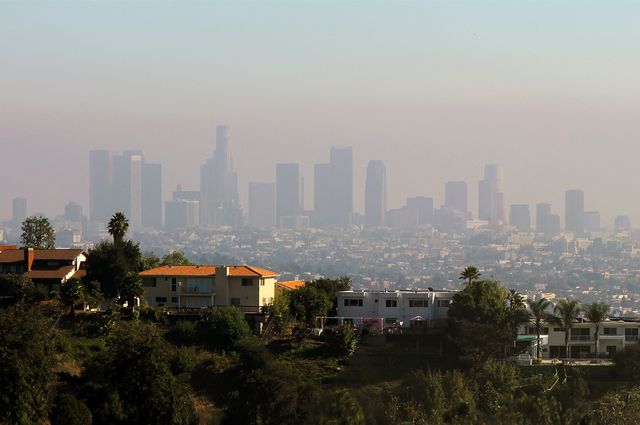 The flow of carbon between the atmosphere, oceans, and land is known as the Carbon Cycle. The cycle is influenced by changes in carbon sources and sinks: fossil fuel burning; land use changes; plant respiration and photosynthesis; ocean uptake and release. Carbon sources and sinks can be quantified and monitored for long term trends from atmospheric measurements of carbon dioxide.

Dr. Debra Wunch, Assistant Professor at the University of Toronto’s School of the Environment & Department of Physics, presented the global and urban measurements of greenhouse gases at the October 5th SOCAAR Seminar.

Dr. Wunch spoke about the Total Carbon Column Observing Network (TCCON), a system that provides a transfer standard between satellite measurements and ground based in situ network measurements. Aircraft campaigns flown with World Meteorological Organization standard instrumentation on board were used to allow TCCON data to be directly compared with surface in situ data.

The Information obtained through TCCON can improve our understanding of the carbon cycle. Dr. Wunch presented measurements of methane emissions in the Los Angeles basin atmosphere obtained from TCCON stations in California, at the Jet Propulsion Lab and Caltech. Since methane is a strong greenhouse gas, controlling its emissions could also reduce carbon emissions. In Los Angeles, methane emissions come from cows, landfills, water treatment plants, natural seeps, petroleum industry, and natural gas. But ethane emissions primarily come from natural gas and petroleum industry, rather than from landfills, cows, or water treatment plants. Therefore measurements of ethane can be used to estimate the emissions of methane from the gas industry. Dr. Wunch showed that there’s been an increase in ethane emissions since 2007 due to “fugitive emissions” from natural gas delivery. Also, the Aliso Canyon Gas leak that occurred in October 2015 generated an extra 25 per cent of methane emissions for 2015-16.