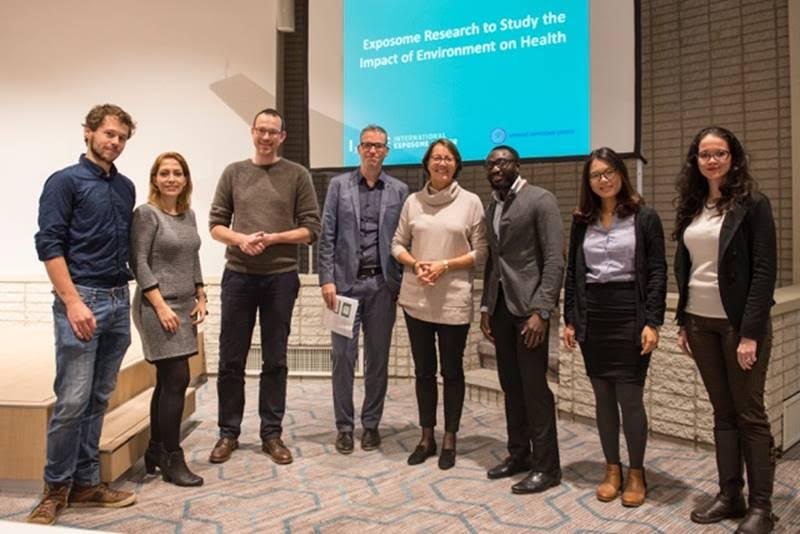 Kerolyn Shairsingh is a PhD student with Professor Jeff Brook and Professor Greg Evans in the Department of Chemical Engineering and Applied Chemistry, while Joseph Okeme is a PhD student with Professor Miriam Diamond at the University of Toronto Scarborough’s Department of Physical & Environmental Sciences. While at Utrecht, the two PhD students took part in an international workshop that Utrecht University hosted as part of the exchange. Professor Roel Vermeulen is the lead for this collaboration at Utrecht University. He had only positive comments about the two exchange students and was excited for the project to continue growing.

Spending a month in Utrecht city in the Netherlands has been quite an enriching experience that started with the signing of the Exposome tripartite agreement between three universities, Utrecht University, Chinese University of Hong Kong and University of Toronto. The Exposome concept, while novel to me was intriguing. It was a common belief that some diseases are influenced mainly by one’s genetic composition but what if the impact of your genes was less than you think. What if your lifestyle habits and your exposure to certain pollutants whether it be from the air or water or the place you live had more influence on you than you imagined? This was the essence of the Exposome concept and this thought thrilled me as it could shift the paradigm of human health and give humans more power over the outcome of their lives.

I remember the first day I arrived in Utrecht, I had just departed the train that brought me from the airport and I wasn’t sure how to get from the train station to the apartment. The google map on my phone wasn’t working so I walked into the first shop I saw and asked the young lady for directions. While she knew how to get to the street I was enquiring about, she didn’t know how to say it in English, only Dutch or German. As I was about to leave the store in search of an English-speaking person, she offered to draw me a map from the station to the apartment. It was at that moment I felt my first heart-warming experience from Dutch people. This was the first of many occasions in which I encountered the kindred spirit of the Netherlands.

If you ever have the chance to visit the Netherlands, you really need to come to Utrecht. While Amsterdam is more well-known and certainly is a beautiful city, Utrecht has a charm that brings together what I imagine to be the old traditional townscapes with modern living. A convergence of a healthy biking culture and few cars in the heart of the city is truly a breath of fresh air. Amidst the vibrant pop-up markets and the plethora of such diverse multicultural shops and cafes between the picturesque canals you’ll find a friendly city filled with history, art, science and wonder. I like living in Utrecht because the city is beautiful, safe, and the people are friendly. You can easily get around by bike since bike lanes connect all parts of the city. When I’m not busy, I enjoy wandering around the city.  Many times, I get lost but I eventually find my way because the city is not too big. Utrecht is located at the heart of the Netherlands and it’s a major transport hub. I take advantage of its intercity train services and visit near by Dutch cities such as Amsterdam, Rotterdam, and The Hague.

I find the exchange rewarding because I’m experiencing a new culture, exchanging knowledge and having a good time.